I've tried a number of grasses in the past, some did not last.   The one that has been my biggest success is Miscanthus sinensis zebrinus.  I have 5 clumps of it that have been around for 12 years.  The only maintenance is to cut it down to 3-5" each February.  I have been using a saw to make it easier. 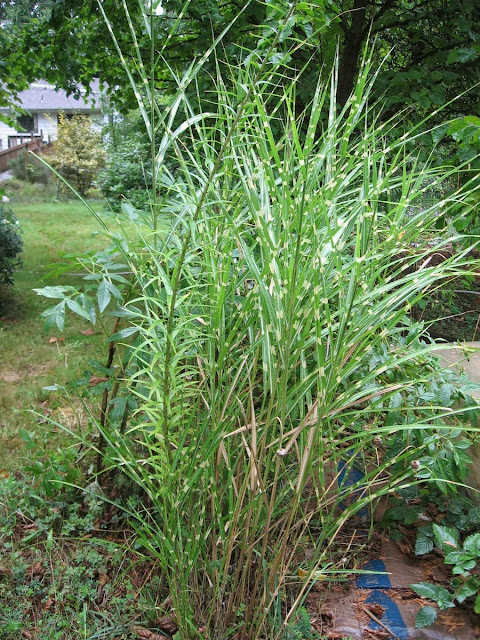 So I decided to give some more grasses a chance this fall.   I'm hoping they will be good fillers between other perennials.  One I felt would work was Miscanthus sinensis 'Morning Light', which has a white stripe running lengthwise on the blades so that the effect is a silvery look.   Success with Zebra grass makes me think it will be a tough plant too. 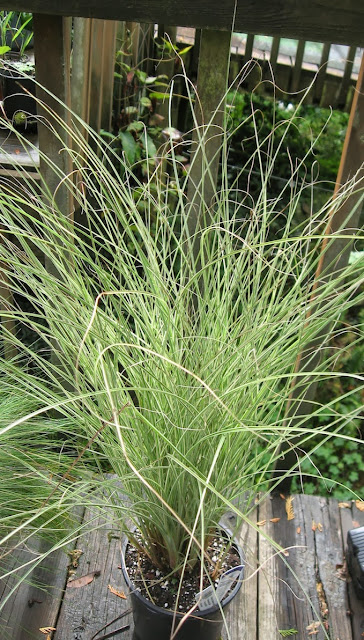 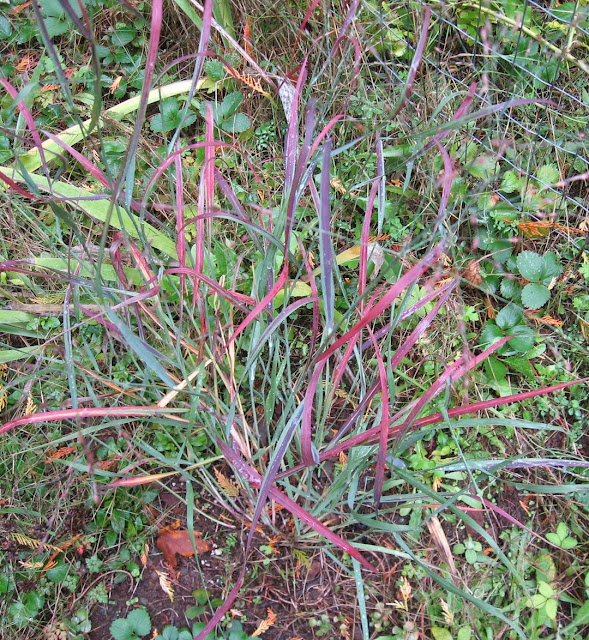 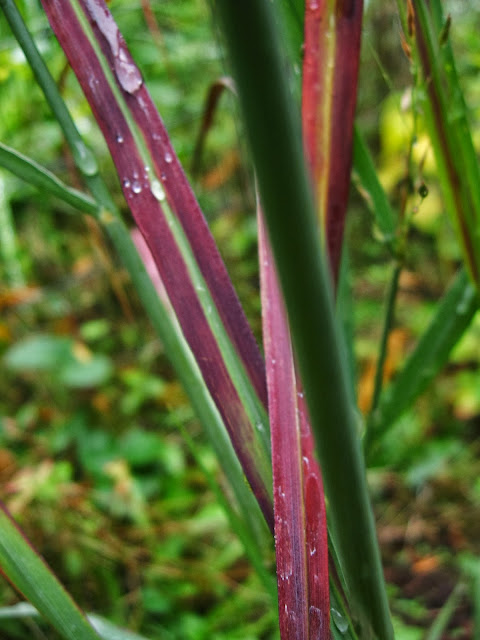 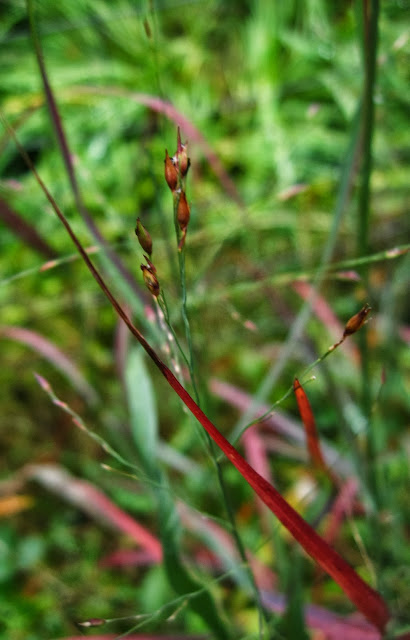 and Rubrum, they both have burgundy leaves at least by fall, and delicate seed heads in a fine spray. 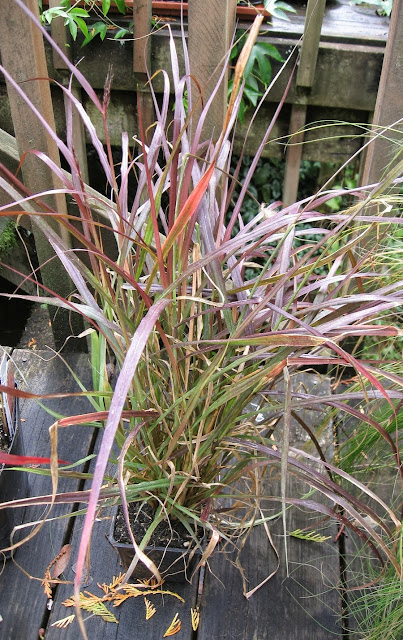 A grass I've tried before that didn't last, but which I keep seeing in other blogs looking wonderful, so I'm trying it again, is Imperata cylindra, Japanese Blood grass.  It seems to stay low and upright. 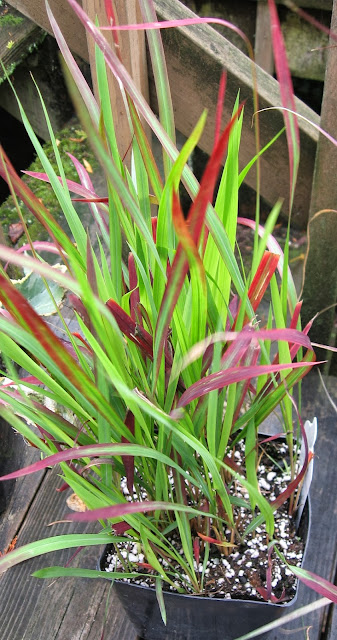 Another grass that is short but cascades into a fine ball looking like a long-haired Guinea pig, is Mexican Feather Grass, Stipa tenuissima. 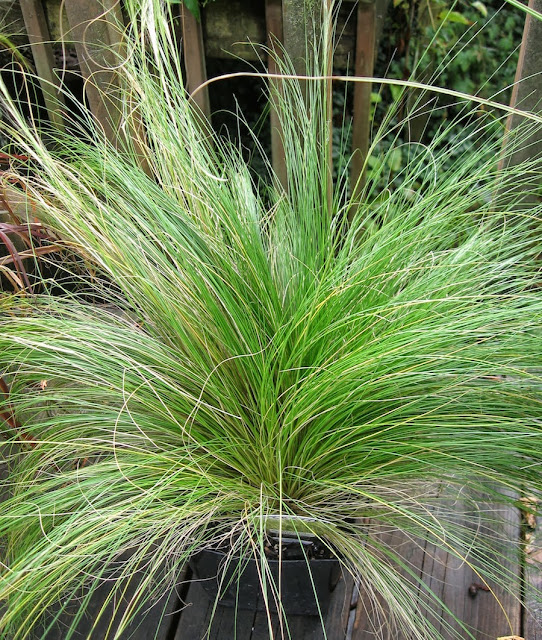 I've been admiring these grasses on other people's blogs, several are shown in this post of Nancy J. Ondra's Hayefield, Japanese blood grass, some Panicum virgatums, Mexican feather grass, and many more.   Scott Weber also uses many grasses to good effect in his Rhone Street Gardens blog, this post on grasses.

They have inspired me to try some grasses from seed as well, Mexican feather grass (Stipa tenuissima), and Little Bluestem (Schizachyrium scoparium) are planned for next year, so far.  I will try direct-sowing some seed this fall and also growing some in pots under lights, they will need to be chilled in the refrigerator for a couple of months.

Bamboos are also in the grass family, and I have a number of them but covered them in another post earlier.

Hannah
Posted by Hannah at 8:48 PM