Happy GBBD!  Join host Carol and other bloggers as they show off their winter fare.  Not much is blooming now outdoors here, but Zepherine Drouhin, Queen of my roses, first and last rose to bloom in my garden most years, blooms on despite frosts. 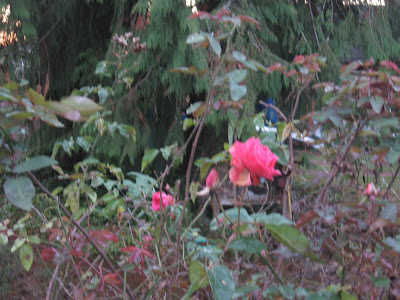 Meanwhile indoors, I have some plants that are still providing some color.  This geranium was outside but I brought it in to overwinter by my sink, to give me something cheery to look at while I wash dishes. 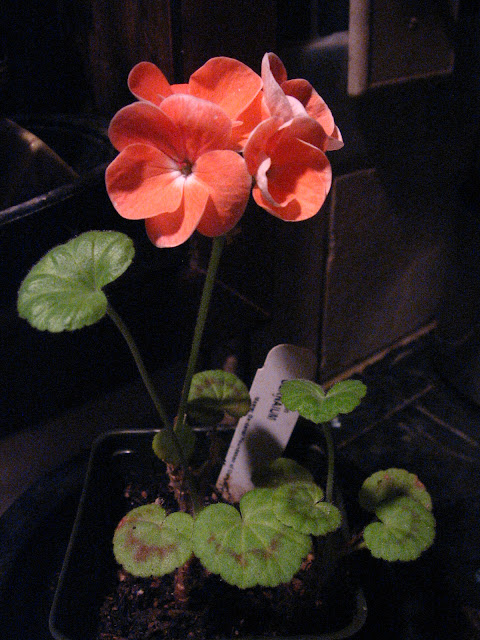 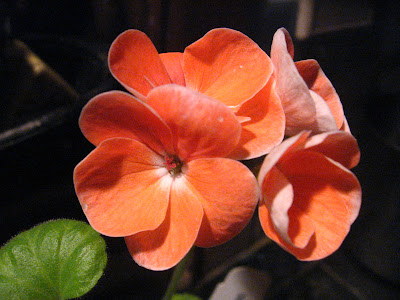 I bought this at the local Home and Garden Fair, it probably needs repotting to a larger size pot to bloom more next year.  It was described as Salmon but I would call it more of a peach, though it darkens closer to salmon as it ages.

I even had 3 blooms on my fantabulous Epiphyllum anguliger, though I failed to watch closely enough and missed them when they were fully open.:-( 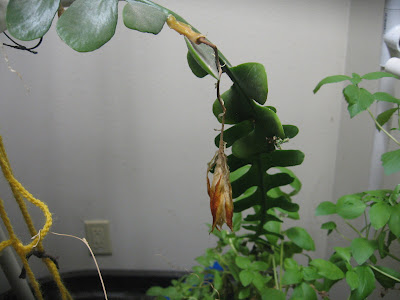 The faithful Phalaenopsis orchid blooms around every six months. 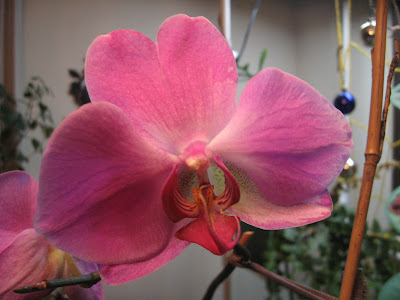 My aquaponics system, fertilized by 4 Shubunkin goldfish, and made usable for the plants by bacteria  that change the ammonia fish wastes to Nitrites, and then to Nitrates- 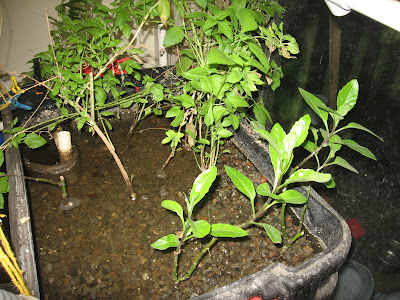 I have been experimenting with this system for 2-3 years, and have found that the fish wastes don't contain enough Phosphorus to make vegetables grown for fruit/pods fruit well, I've tried cucumbers, tomatoes, and pole beans.  Cucumbers also had a problem with pollination, I tried hand-pollinating with a brush but that was not successful.  However I did get some fruit with gynecious cucumbers that were parthenocarpic- set fruit without pollination.   What tends to excel in my system are plants grown for leaves, especially Basil and other herbs as in this photo.
Here are my fish- 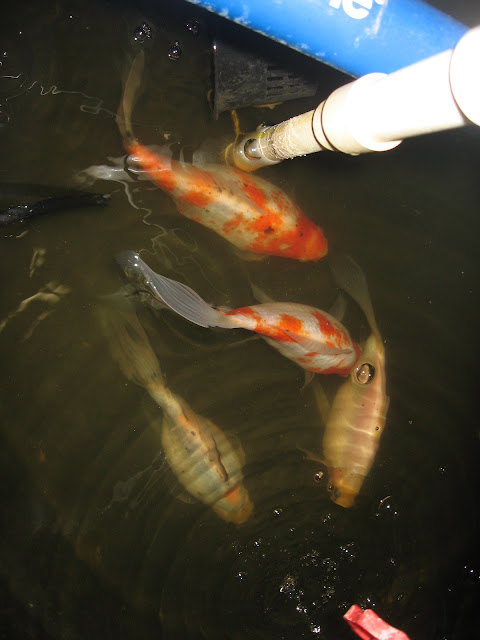 I have had some problems with pumps.  My expensive pump stopped working rather fast so I've been using some cheap Harbor Freight pumps.  They also clogged up and wouldn't work, but I ran one in vinegar for a while and unclogged it so it is working again.  I also have a back-up hand-powered pump for pumping water out of boats.  It only takes a few times of flooding the beds a day to keep the system going.