Geums, From the Rose Family to you minus the thorns

A perennial that I first encountered as a tough native in my yard, Geum macrophyllum, also known as Avens,  impressed me with its vigor, self-sowing around and coming up in beds here and there, but not taking over like some weeds.  Geums make a basal rosette, which can be evergreen in mild climates, from which tall stalks with flowers arise.  After the flowers comes a seed head with little hooks to catch a ride. 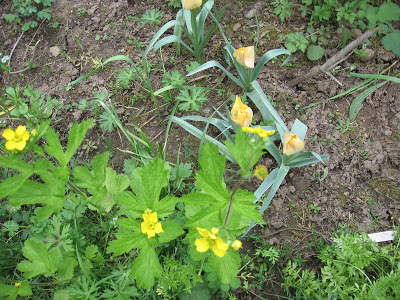 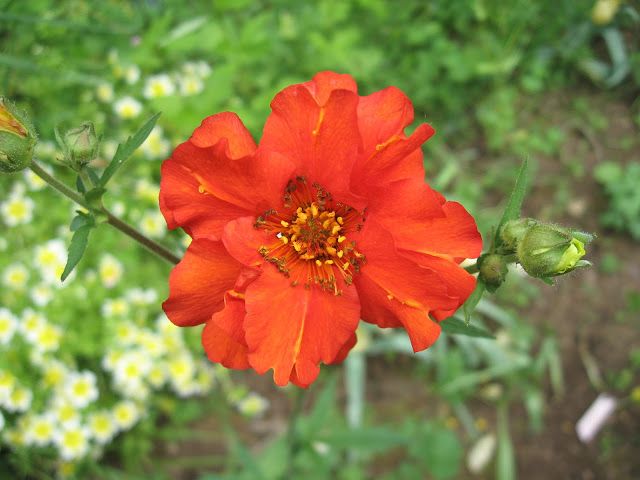 This is my present Geum border, just getting started opening blooms, the seed-grown varieties are taller and have larger sized blooms and therefore more visual impact than the varieties sold as plants- 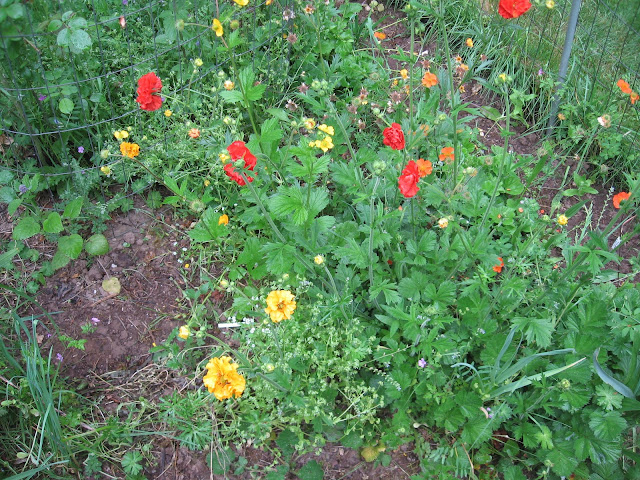 I also experimented with Geum urbanum from seed, which has edible and medicinal uses, and makes a substantial tall clump, but has smaller and lighter yellow flowers than Geum macrophyllum- 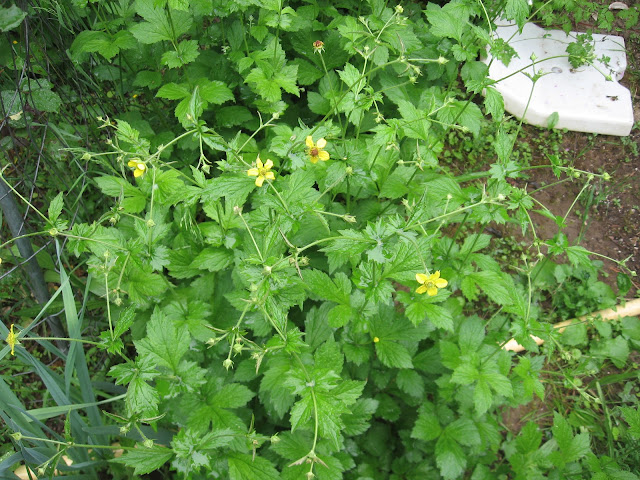 Then I grew a couple more from seed that were even more double, which are blooming for the first time this year, the red double frilly Blazing Sunset, 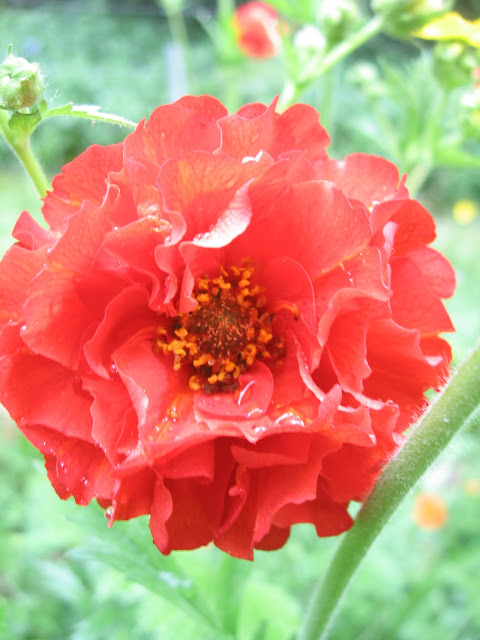 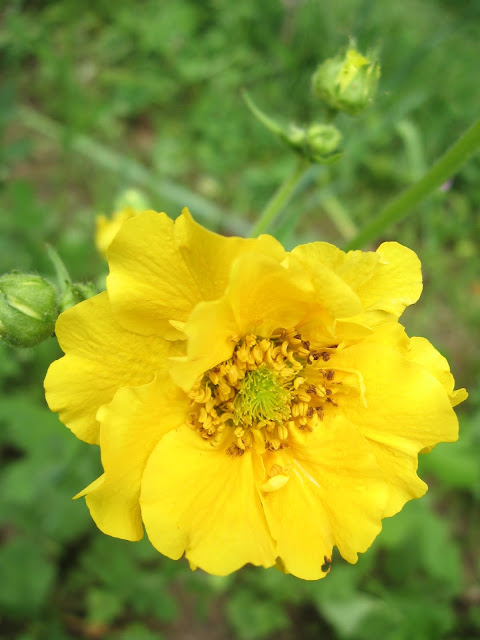 I'm finding an explosion of Geum varieties in nurseries lately, some of these have neatly rounded leaves more appealing than the species.  Last year I finally succumbed to Cooky, 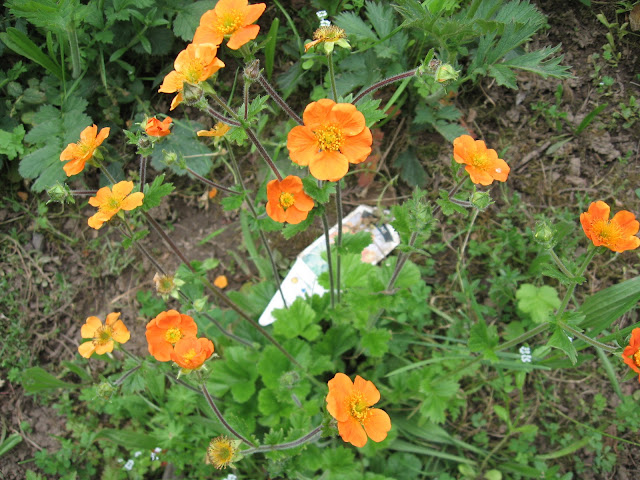 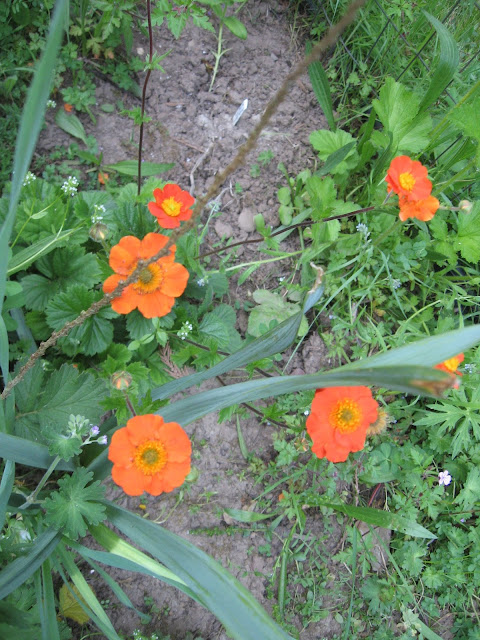 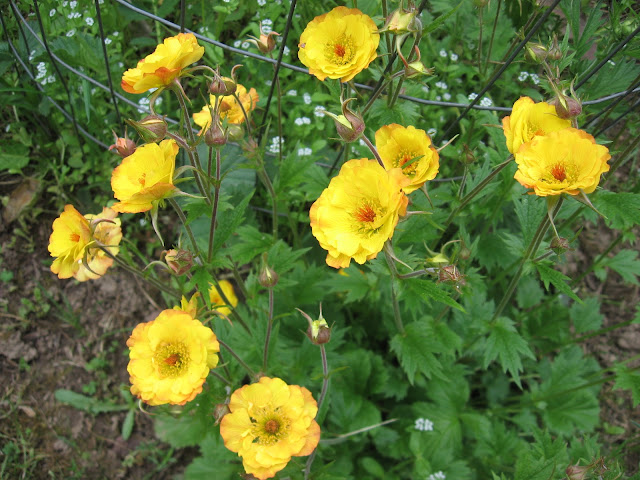 And this year, Totally Tangerine- 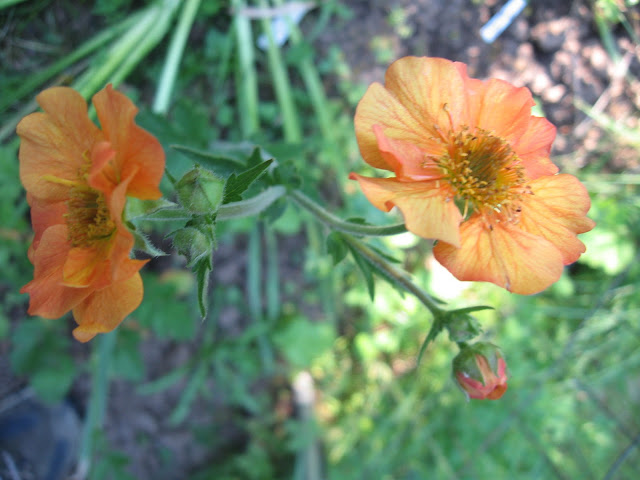 This year I have seen a darker red, not as bright and with smaller flowers, Flames of Passion, and  a gorgeous plant with astounding numbers of bloom stalks that trailed so had a hanging basket kind of look, the yellow buds opening to a delightful peachy pink with coral highlights, Mai Tai.

There is another native North American species with an interesting seed head like a puff of pinkish smoke, Geum triflorum, Prairie Smoke, which I haven't grown as yet.

I've had a little trouble with deer nibbling the bright red flowers but it is rather hit or miss.  My new bed is behind fencing. 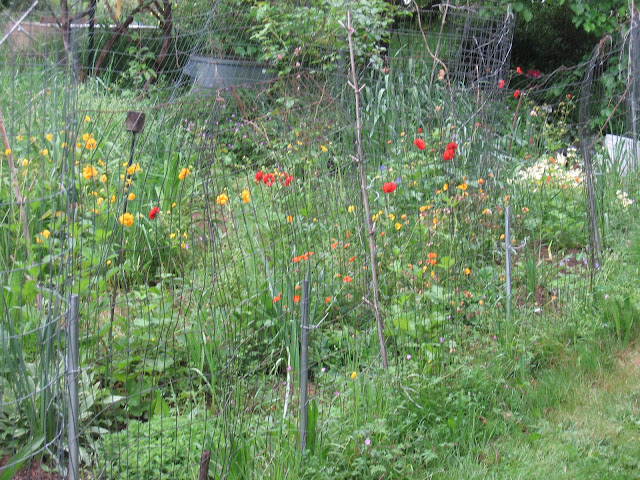 So if you want a perennial that seems to have some staying power, and will brighten up your garden, try a Geum.  They do like cooler summers, or more shade in hotter climates.