Welcome to my Wildflower Wednesday post, hosted by Gail at Clay and Limestone, who is featuring Cup Plant this month.  One of the many assertive natives in my yard is Thimbleberry, Rubus parviflorus, which is found from Alaska to California and east to the Dakotas and New Mexico- 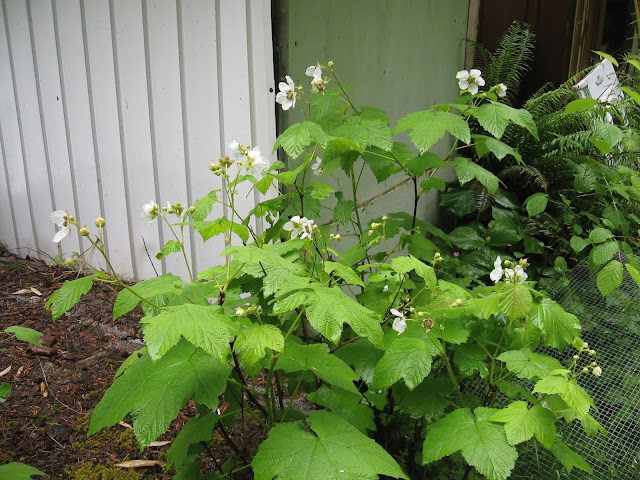 It is useful in that it has an edible berry, but the bush can get 5-6' tall, and doesn't have a very big crop of berries per plant.  It would not be a very high-yielding plant to grow as a food crop.   It spreads rapidly by underground suckers, rather like raspberries, and after taking over a large area can get really disgusting by flopping all over.  I made the mistake of trying to eliminate Thimbleberries from an area and plant raspberries there instead, but after a few years the Thimbleberries managed to overrun the poor raspberries, and the area was enclosed in a deer fence, which made it very hard to deal with the tangle of plants.  So while the fruit is tasty, it is something I tolerate or rather can't quite control, so is not very suitable to a city lot. The fruits come loose from the receptacle in the shape of a cup, hence the name Thimbleberry. 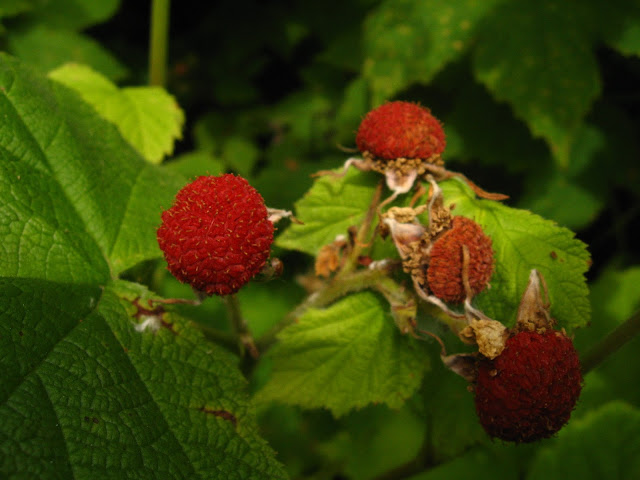 I would rank it far behind other native berries in my yard, like Salal and Oregon Holly Grape, in nutritional content and the attractiveness and desirability as a landscaping plant, though the fruits are pleasant raw, whereas Salal and Oregon Holly Grape would be better cooked and perhaps mixed with other fruit to moderate the strong taste, similar to Black Currant or Aronia, which fruits also have a high antioxidant value.  It is very persistent and hard to eliminate once it has roots and runners in the ground.   On the other hand, it will grow in difficult situations like on dry banks.  Indian tribes used the leaves dried and powdered or made into a decoction or poultice for various health problems.  Native American Plants by Daniel Moerman is a good reference for how Indians used various native plants for medicine and food. 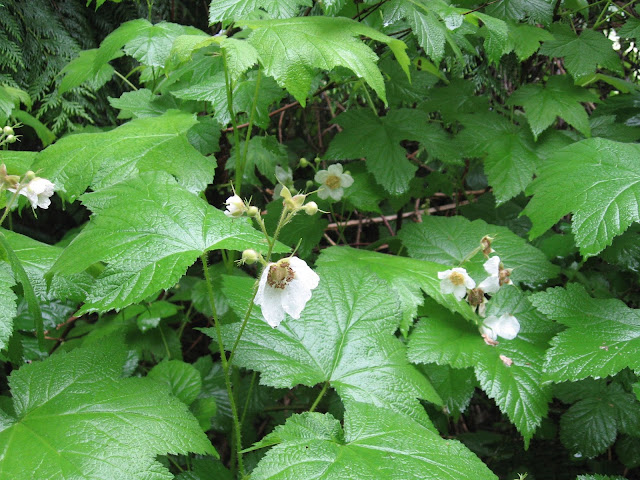