Welcome to my Monday post.  Today I am linking with-

First, flowers from the 102nd Birthday celebration of my Mother-in-law last week, who came over from Sweden at the age of 2, at the time named Gunhilda Marta Magrita. Her family was originally coming on the Titanic, but came on another boat fortunately!   Her older brother was sick and couldn't get on the boat, so her grandparents said they would send him later, but didn't!
Alstroemerias, Swedish colors- 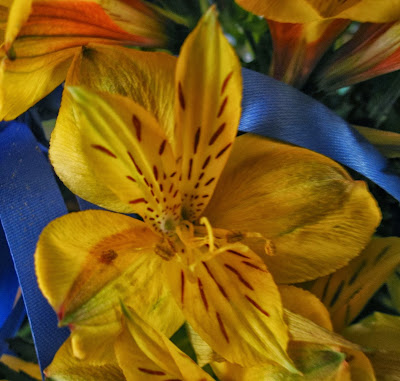 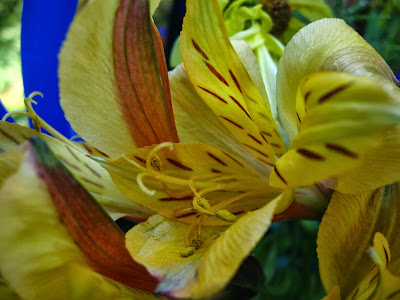 And on to this week's harvests.   My summer vegetable crops have mostly fizzled out from cold, except the runner beans, Phaseolus coccineus, a different species from the usual pole and bush beans, which likes cooler weather so is still blossoming and setting pods.   This year I was trying some white-seeded and white-flowered ones- Blanca di Spagna, and Sweet White Runner. 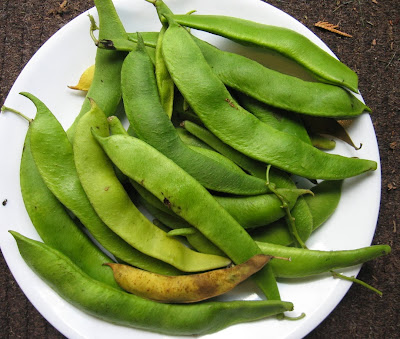 They turned out to not set seeds as well as the super Scarlet runner variety Insuk's Wang Kong, that I received in a trade through the Gardenweb Legume forum, a great place to discuss bean varieties, especially heirlooms.   But they have been improving with cooler weather, yesterday I picked 3 lbs., roughly 1.5 K.   If the seeds have not developed much the pods can be tender, but at least this variety is fibrous once the seeds develop, but the seeds are very tasty as shellies (shelled beans).

There were a few stragglers in the regular pole and half-runner beans- from left to right Uncle Steve's pole, Super Marconi, Red Peanut, and Grandma Robert's Purple pole. 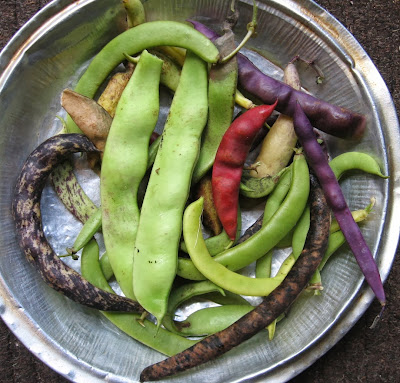 I also finished picking the last of the Winesap apples, they are a very hard apple but make a great flavorful applesauce. 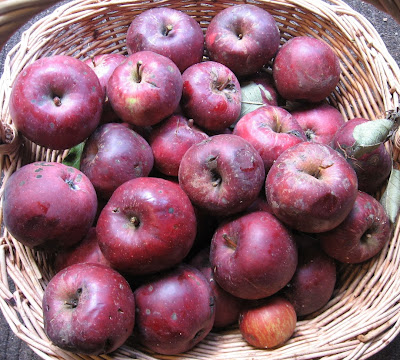 The "semi-dwarf" tree is over 20' tall and hard to pick the apples off the top, I had to cut a new bamboo pole and stand on the top of the ladder and try to knock them down.  The birds are pecking them and would clean them out soon if I left them.   One of the birds that likes them is the Pileated Woodpecker, model for Woody Woodpecker.  They have fantastic jungle calls- you tube video, one of many-

The cool season vegetables are just starting to shine, here Kale, Collards, and a couple of tiny Crookneck Squash- 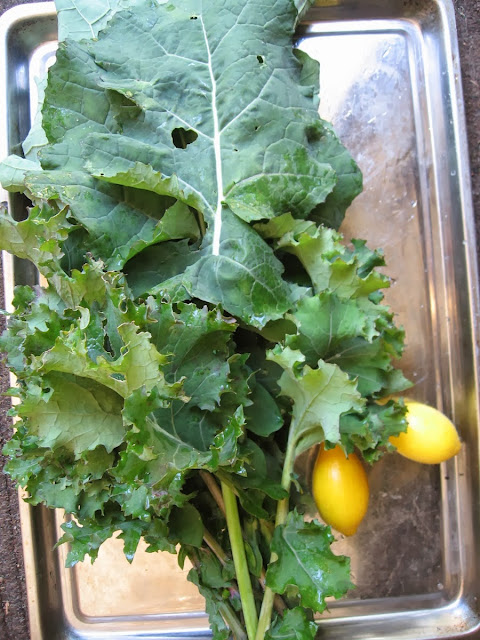 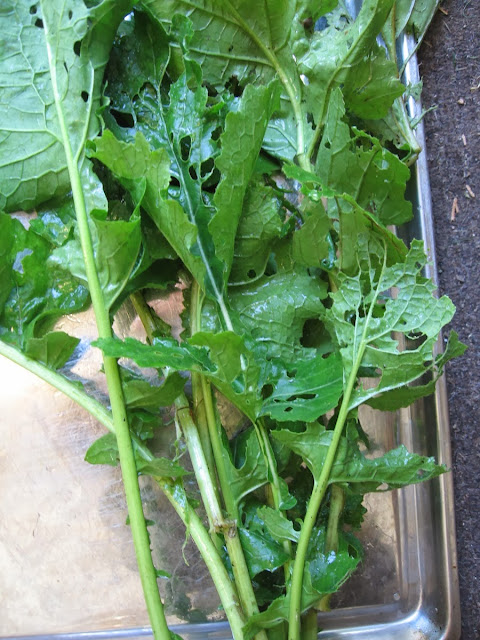 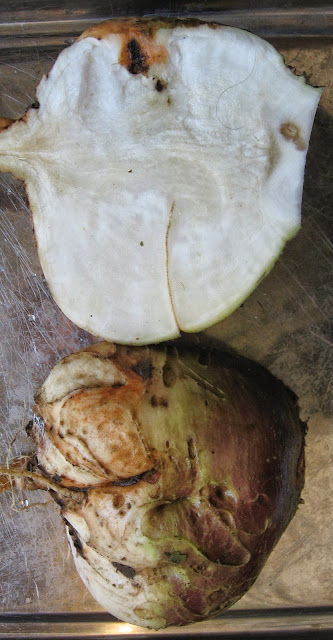 I hope you are enjoying the cool weather, Hannah

or cameras are macro