My vase this Monday features some spiky plants, and a few softer drapers.   There are so many things blooming it is easy to just grab a few.  I'm accepting hostess Cathy's challenge to find something to plonk In a Vase on Monday- 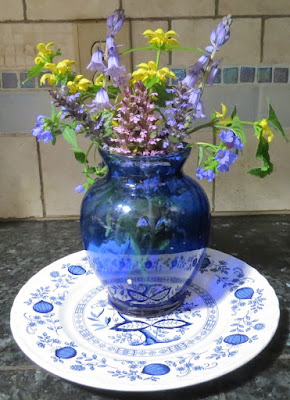 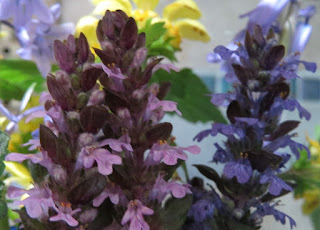 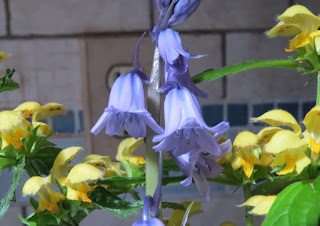 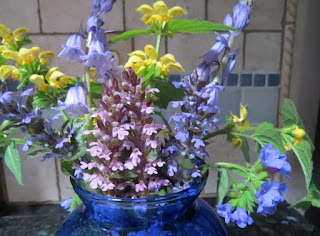 There are a lot of choices now, but the purple and pink spikes of Ajuga have been popping up everywhere and attracted my attention.  I added some blue Pulmonaria to match the vase, and some of the cute yellow hoods of the irascible Archangel, an invasive weed that got a foothold in my garden, and also some blue bells of Scilla with their blue stripes on the bells, and actually have a nice fragrance.  The plate is an Blue Onion pattern I inherited from my mother-in-law.

I was admiring my little clump of the species tulip batalini 'Bright Gem', one of the few tulips that apparently don't appeal to the voles and squirrels, I wasn't going to cut any but accidentally cut a couple trying to weed too close- 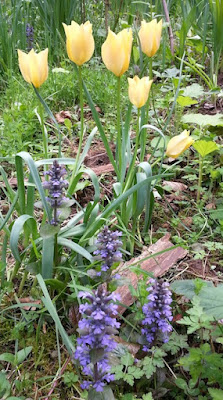 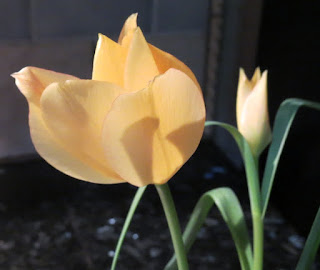 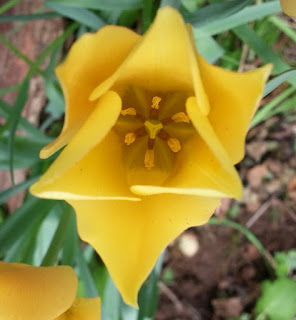 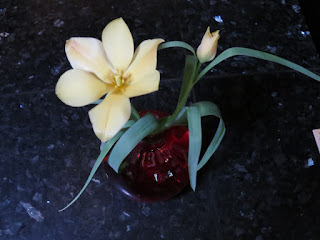 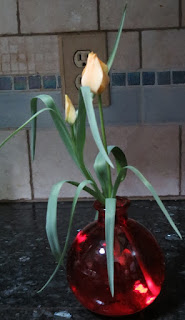 The tulip could sense the middle of the day and would open, then would close again as the afternoon wore on- 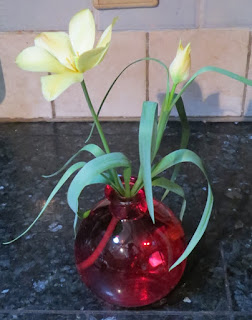 Today I am also linking with-

I hope you are enjoying your spring flowers now, and find some to cut and enjoy in a vase.   Hannah