With the tomatoes finally starting to ripen, I'm ready to give an August vegetable report. To see what others are growing, click on the link for the Backyard Farming Connection.

Also linking with From the Farm blog hop, click on the link.

A favorite paste tomato for taste and texture is Heidi, which weighs in at 2 oz (57 gm) here also with my favorite summer squash, Crookneck, 12 oz (340 gm), which has a delightful buttery nutty flavor and creamy texture. 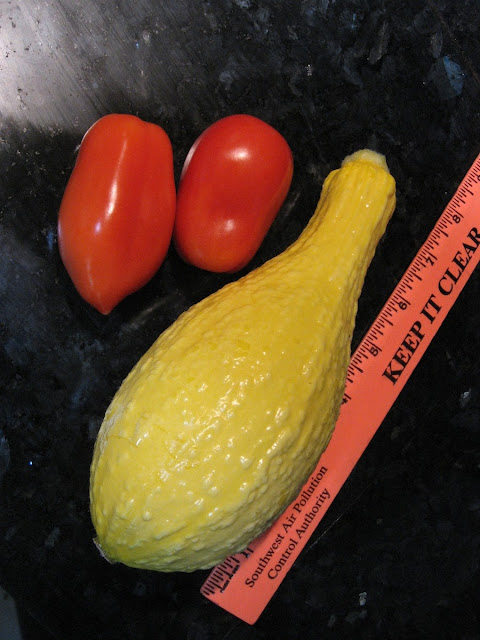 But for yield, and also a tasty squash surprisingly tender at the large sizes which it attains, an Italian striped squash called Cocozelle, at 1.5, 1.75, and 3.75 lb- 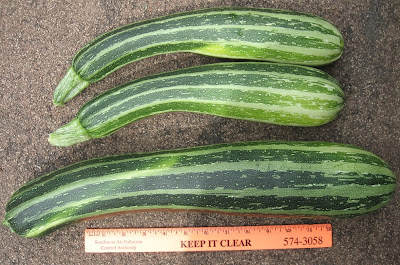 The large one is still tender at this size- 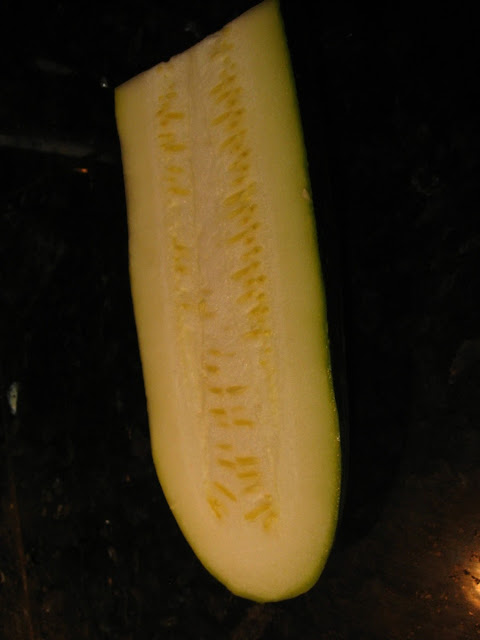 My favorite crop is probably beans, I grow some heirloom beans and some commercial varieties.   Even more than squash and tomatoes, nothing one can buy in the grocery store can compare with home-grown.  I save seed every year, which means fall is characterized by a lot of bean shucking and sorting.   I also grow runner beans, which are a different species than regular beans, and require pollination.   They also leave the seed leaves, or cotyledons, in the ground when they sprout, and have large rough pods only tender at earlier stages. They typically have red flowers and purple to black seeds.   I have been growing a great runner bean called Insuk's Wang Kong Bean, brought over from Korea, and named after a Korean woman, Insuk, which sets better in heat than most runner beans.  But this year I am experimenting with growing white seeded runner beans which also have white flowers, to see if the beans are more tender and/or flavorful.   It has not been a good experiment because for some reason the flowers are not getting pollinated as successfully resulting in much reduced yields: runner beans have been my highest yielding beans some years because of their big size.   Here are the flowers and stubs where beans should have set on- 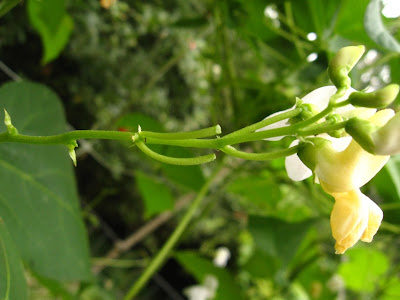 So, that is a disappointment, but at least the rabbits that suddenly decided to eat my bean seedlings last year have not done so much this year, though voles are nipping off my pole beans in one bed, going down the row, 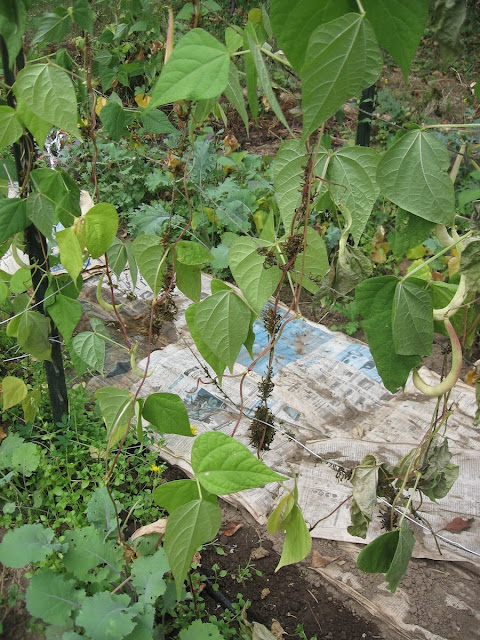 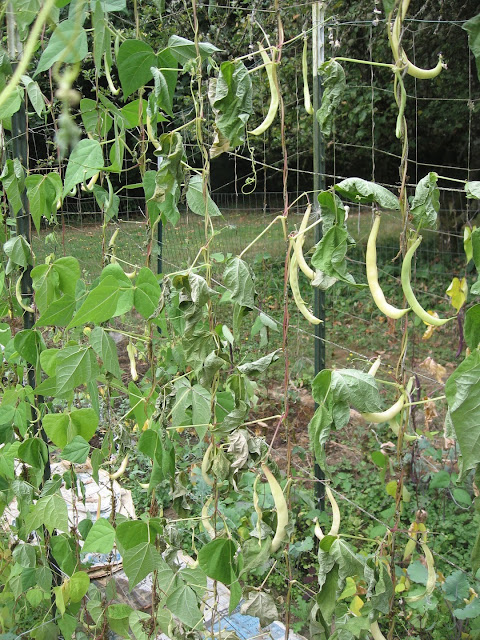 even after my usual ploy of wrapping the stems in aluminum foil.   These vines are very vigorous, they are an Italian yellow shrimp bean called Anellino Giallo.  It is so sad to see them shrivel up, loaded with beans.  Below is a selection of some beans I am growing this year, from the top, a mystery pole bean that showed up in some rows of bush beans, heirloom Yer Fasulyasi romano bush, Red Peanut (AKA Old Joe Clark), Anellino Giallo, Grandma Robert's Purple Pole Beans,  Speedy bush beans, Uncle Steve's pole beans, Super Marconi pole beans. and a mystery pole bean that showed up in a pack of bush beans, and at the top, pale purple with shiny black seeds with white speckles. 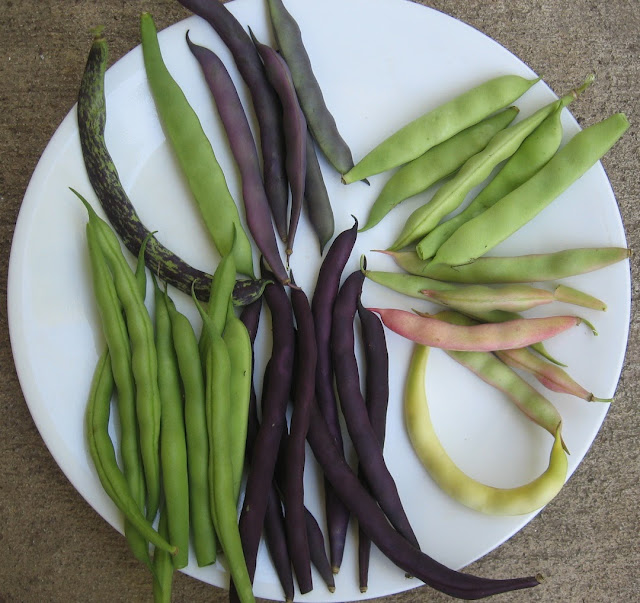 The first crop to yield was cucumbers, here Tanja, which I grow on a trellis as well.   I like to grow parthenocarpic cucumbers, which don't need to be pollinated. 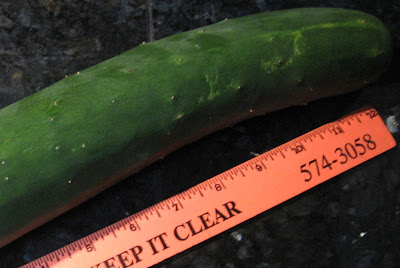 On the fruit side, my best early apple is a large red called Prince William, one of the Purdue early apples (whose names contain the letters PR).  It frequently has no damage from codling moths since it develops before the moths are out laying eggs on the fruits. 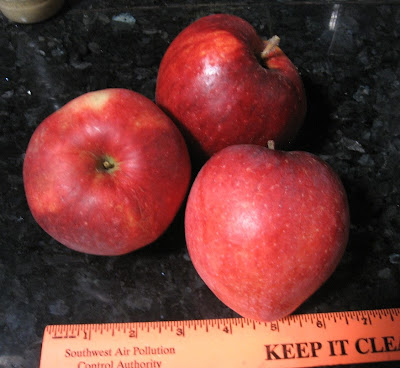 I hope you are finding the time and space to grow some vegetables and fruits, beyond compare.